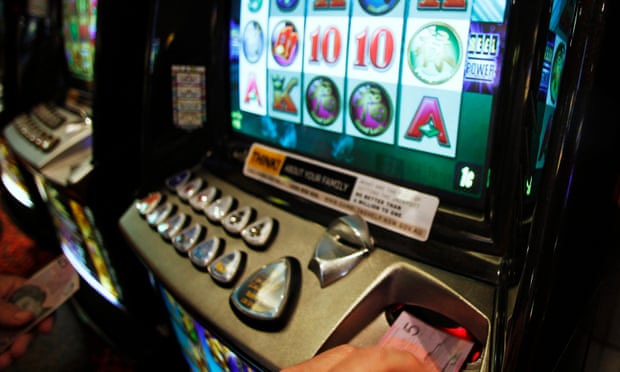 Allegations have been levelled at two companies - Woolworths and its subsidiary, ALH.

Business & Human Rights Resource Centre invited both companies to respond to allegations raised in the media about these concerning practices, including in relation to privacy. Both companies responded and their responses are linked below. Related media reports are also linked below.

Woolworths is under renewed pressure to quit its controversial pubs and pokies business, with one of its biggest shareholders urging the supermarket giant to get out of gambling to protect its reputation.

...Woolworths' most influential shareholders, Perpetual Investments, which has told the company's board it should ditch its pokie machines.

The investment powerhouse, which manages a $27.4 billion portfolio, had repeatedly told the Woolworths board that pokie machines are incompatible with the supermarket's expressed values and were a threat to its brand and reputation in the community....

...Perpetual had no ethical qualms over investing in gambling companies and took its position on ALH purely on business grounds, the sources said.

...Woolworths chairman Gordon Cairns had told major investors that his board had looked at "every way" to exit ALH, one source said, but that was complicated by Queensland's liquor laws, which require it to own pubs in order to hold licences for its Dan Murphy's and BWS bottle shops.

...Perpetual is one of Australia's most powerful private investors, with $27.4 billion of funds under management. It bought into Woolworths in early 2016, amassing a 5 per cent stake in the company.

An internal investigation conducted by Woolworths has confirmed allegations that staff in 22 of its pubs in three states collected personal information on high turnover pokies players and shared the data among its pubs to enable staff to encourage them to increase their losses.

...Bruce Mathieson jnr, the chief executive of ALH Group, which is majority owned by Woolworths, confirmed that staff had been sacked as a result of the investigation....

...Woolworths announced an internal review of the operations of its pubs, which it owns through its majority shareholding of subsidiary ALH Group.

...Woolworths chief executive Gordon Cairns said the matter was of the "highest concern" for the board of directors.

"I am determined as the chairman of Woolworths, as is the board, that we will get to the bottom of this," he said.

...In a statement, ALH Group said it would introduce a nationwide policy banning free drinks for gamblers in its pubs, improve staff training and promote voluntary pre-commitment programs.

Our industry and operations are robustly regulated by independent authorities in each state and our compliance with all laws and regulations is not negotiable. ALH must put its customers’ interests first. There is a line which must be respected between legitimate customer service and loyalty initiatives that are part and parcel of every hospitality business and the requirements of the RSG and RSA codes.

If there are instances where that line has been crossed ALH is committed to taking the necessary steps to rectify any breach and address any non-compliant behaviour. To this end we have notified the independent regulator in Queensland where the matters canvassed today originated in mid-2017 and stand ready to provide any assistance or information if the regulator requires.

Further, in 2017 ALH engaged the Responsible Gambling Council of Canada to conduct a full audit of our responsible gambling programs and operations across our venues.

ALH will expand the scope of the RGC Canada audit to include matters raised today and will give everyone the opportunity to contribute."

Woolworths Group Chairman, Gordon Cairns, said: "We are concerned with the allegations regarding the ALH Group as reported in today’s Fairfax press. We and ALH take our responsibilities in gaming and the service of alcohol very seriously.

"At Woolworths, our priorities and values must always match those of our customers and communities we operate in and this includes taking important steps to ensure we, through ALH, are a responsible gaming operator.

"At its last Annual General Meeting, Woolworths reaffirmed its commitment to being the leader in responsible gaming which is conducted through its joint venture with ALH. In late 2017 ALH engaged Canada’s Responsible Gambling Council, an independent non-profit organisation dedicated to problem gambling prevention, to conduct an independent review of ALH’s gaming operations. ALH will expand RGC’s review to include the allegations raised by the former ALH employees and Mr Andrew Wilkie. We would encourage them, Mr Wilkie and any others with relevant information to be part of the independent review."

Supermarket giant Woolworths' network of pokies-owning pubs faces state and federal investigations in the wake of claims its staff secretly compiled personal details about gamblers to keep them in venues longer.

…Woolworths is using staff to gather personal information from high turnover gamblers to encourage "increased gambling" in pubs it owns.

After investigating the allegations, the NSW gambling regulator said, it would consider "appropriate compliance and enforcement actions".

As the allegations may involve potential breaches of gamblers' privacy, they have also prompted inquiries from the national information and privacy commissioner, Timothy Pilgrim.

"My office is making inquiries to determine whether personal information of individuals is being managed in accordance with the Privacy Act," he said.

Anna Bardsley, a former pokies addict…said…"They were plying me with alcohol and trying to keep me there until 3am because it was good for the Woolworths bottom line, even though I was suffering enormous harm."

"I am determined as the chairman of Woolworths, as is the board, that we will get to the bottom of this," he said.

...Cairns said, if ALH Group was found to have acted improperly, "both parties will fix it".

Any potential demerger of the ALH Group business would be complicated and costly....

The ALH Group, a joint venture between Woolworths and billionaire businessman Bruce Mathieson, runs hundreds of venues with more than 12,000 poker machines nationally...

Staff in Woolworths-owned pubs allegedly preyed on their most regular gamblers, gathering and sharing data on their habits to maximise profits, the independent MP Andrew Wilkie has said.

The information, stored on a widely accessible Google drive, was used to keep gamblers at Woolworths-owned pokies for longer.

...The information indicates staff were being rewarded with gift vouchers for meeting betting targets, and certain players were being induced to stay with drink cards and other promotions.

As a condition of their gambling licences, businesses are required to adopt and adhere to codes of conduct, which are intended to stop unsafe gambling practices being promoted.

A gambling expert from Monash University, Charles Livingstone, said the evidence obtained by Wilkie's office suggested the codes of conduct were being systematically broken.

The ALH Group operates about 330 venues and more than 550 retail liquor outlets across Australia. It is thought it owns about 12,500 poker machines...