Lululemon, an athleisure brand, are sourcing clothing from a factory where Bangladeshi female factory workers claim they are beaten and physically assaulted.

Yet young female workers at a factory in Bangladesh making clothing for the label gave detailed accounts of how they struggled to survive on meagre wages and faced physical violence and regular humiliation at the hands of their managers, who called them “whores” and “sluts”. The factory is owned and run by the Youngone Corporation, which supplies Lululemon.

Lululemon said it has a strict code of practice, and does not tolerate any violations of this. The company said it would immediately launch an investigation.

Workers also raised concerns about not being able to leave when they are sick, with one girl who had jaundice reportedly granted time off by the medical team at the factory but told by her production manager she had to keep working. 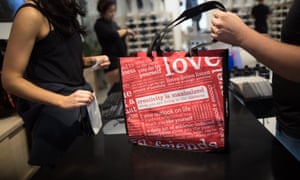