Lorry drivers moving goods in Western Europe for Ikea and other retailers are living out of their cabs for months at a time, a BBC investigation has found. Some drivers - brought over from poorer countries by lorry firms based in Eastern Europe - say their salary is less than three pounds an hour...EU rules state that a driver posted temporarily away from home should be ''guaranteed'' the host nation's ''minimum rates of pay'' and conditions. But companies can exploit loopholes in the law...According to EU law, drivers must take 45 hours weekly rest away from their cabs, but governments have been slow to enforce it...It is clear this way of treating drivers is widespread. It is not just within the Ikea supply chain, but also in those of several other big, household names...Legal action is now being taken against some of Ikea's contractors. In the Netherlands last month, a court ruled that Brinkman - which delivers Ikea flowers to the UK and Scandinavia - was breaking the law. The court found that drivers' pay was "not consistent" with Dutch wages law. The judge described conditions for drivers as an "inhumane state of affairs'', and contrary to EU law...Ikea said it takes what drivers have told the BBC "very seriously'' and are "saddened by the testimonies". It said it puts ''strict demands'' on its suppliers concerning wages, working conditions and following applicable legislation, and audits them regularly to check compliance... 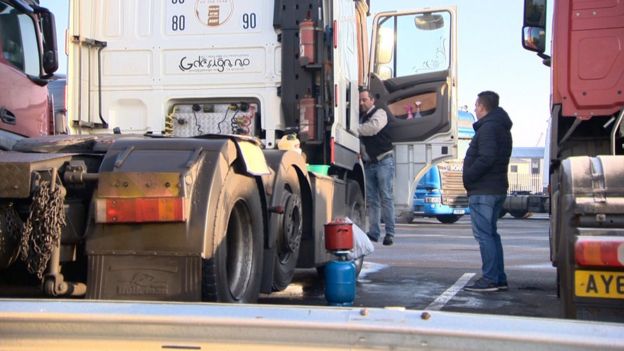