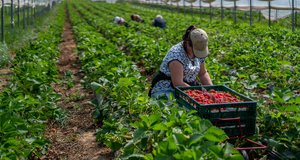 A coalition of human rights organisations and academics are calling on Australia's Federal Government to overhaul its modern slavery laws after a major investigation has found, three years into the Act’s operation, companies are still failing to identify obvious modern slavery risks in their supply chains or take action to address them.

This call is based on findings from a new report Broken Promises: Two years of corporate reporting under Australia’s Modern Slavery Act - a follow-up to our earlier report Paper Promises: Evaluating the early impact of Australia’s Modern Slavery Act. The report sets out findings and recommendations following an evaluation of second round modern slavery statements published by 92 Australian companies sourcing from four sectors with known modern slavery risks: horticulture from Australia, seafood from Thailand, rubber gloves (PPE) from Malaysia, and garments from China.

Our research found that:

● 66% of companies reviewed are still failing to comply with the basic reporting requirements mandated by the legislation, with a small number of companies not submitting reports at all;

● Over half (56%) of the commitments made by companies in the first year of reporting to improve their modern slavery response remained unfulfilled based on their second year statements;

● 43% of companies reviewed are still failing to identify obvious modern slavery risks in their supply chains;

● There is a 6% increase in the number of companies taking some form of effective action to address modern slavery risks, with two in three companies still failing to act.

With the 3 year review of the Modern Slavery Act currently underway, the report builds on the recommendations made in Paper Promises to strengthen the Modern Slavery Act. In particular, it recommends amending the MSA to establish due diligence requirements, penalties for non-compliance, as well as improving oversight and enforcement of the Act through the appointment of an independent Anti-Slavery Commissioner.

Register for the report launch webinar on 1 December here.