The content is also available in the following languages: Deutsch

[...] For over 30 years, NKG has been an international green coffee service group. Our more than 50 companies operate in export, import, specialties, farming and services in 26 countries, employing over 2,600 highly skilled professionals who produce and provide a range of products and services along the coffee supply chain. The group is managed by Neumann Gruppe GmbH (NG), based in Hamburg, Germany. NKG owns three coffee farms in Brazil, Mexico and Uganda with a total area of approximately 7,700 hectares, of which more than 20 % is not commercially exploited but protected in the form of biological corridors and nature reserves. The farms are currently managed by NKG Tropical Farm Management GmbH from Switzerland. From 2022, the farm management will be operated out of Hamburg.

The land rights case Kaweri Coffee Plantation Ltd. in Uganda mentioned by Public Eye has been occupying us for 20 years and we deeply regret that a mutually satisfying solution has still not been reached. Kaweri, a group company of NG, leased an area of land from the Ugandan government in 2001 on the assumption that it was land free of claims of any kind. Residents of the site, who were resettled, received documented compensation. Individual residents – some of whom were unaware that they were living on land belonging to the property – refused to relocate and turned down compensation payments. These people were forced to leave the land without the knowledge of NKG or Kaweri. To this day, NKG deeply regrets the actions taken against these families. In the following years after the lease began, more and more people raised claims for compensation payments. The extent to which these claims are justified is still being clarified in legal proceedings between the Ugandan government and the 401 plaintiffs in total. A settlement with as many as 258 of the 401 plaintiffs was reached in September 2021. Kaweri supports a settlement in this case to the extent possible, but neither Kaweri nor NKG are responsible for the outcome of the case. The detailed chronology on this case can be found on our website.

We are well aware of our responsibilities in the countries we operate in. We always act with respect for and in compliance with fundamental rights and national legislation. Since 2017, we have written down our values and beliefs as the basis of our business in our NKG Code of Conduct; this is an integral part of our value-oriented corporate culture. In order to continue to fulfill our responsibility for a growing, sustainable coffee industry in the future, we have, among other things, launched the NKG Responsible Business Program. The program sets concrete goals that define responsible and sustainable business practices at NKG. 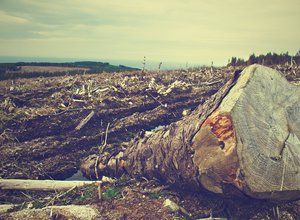