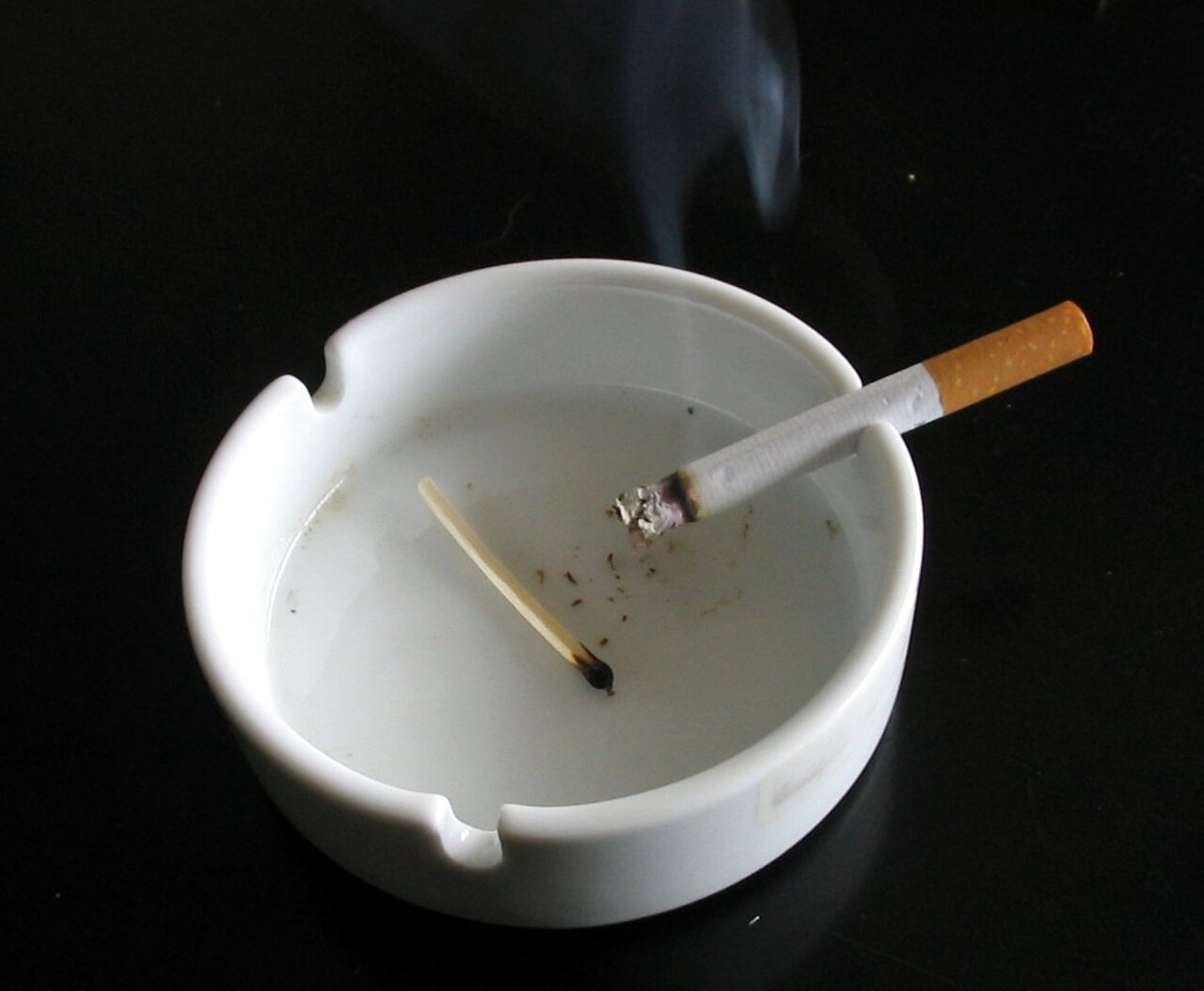 In December 2012, the Australian Tobacco Plain Packaging Act banned tobacco companies from displaying their brand and logos on cigarette packets.  The legislation was designed to reduce smoking, one of the leading causes of preventable death in Australia.

Hong Kong-based Philip Morris Asia acquired Philip Morris Australia in February 2011. In June 2011, Philip Morris Asia challenged the Australian Government before an international arbitration tribunal on the tobacco plain packaging legislation.  The dispute was filed pursuant to the 1993 Agreement between Australia and Hong Kong for the Promotion and Protection of Investments, which contains an investor-state dispute settlement mechanism.

The Australian Government responded that the case should be dismissed on jurisdictional grounds without requiring a hearing on the substance of the claim.  Australia argued that since Philip Morris Asia had acquired its shares in Philip Morris Australia in February 2011 in the full knowledge of the 2010 government’s decision to introduce plain packaging, the company did not have an investment in Australia at the time the measures were announced, and was thus not protected by the agreement.

An international tribunal has unveiled a secret ruling confirming it rejected a bid by tobacco giant Philip Morris to sue Australia over its plain packaging laws, calling the attempt “an abuse of rights”.

In its heavily redacted 186-page ruling dating from 17 December 2015, the permanent court of arbitration said it had no jurisdiction over the case brought by Philip Morris.

In 2012 Australia became the first country to mandate that cigarettes must be sold in plain packages, in an attempt to reduce smoking rates…

But big tobacco firms including Philip Morris have launched legal challenges against such laws, arguing the rules impinge on their trademark intellectual property.

Philip Morris…lodged the challenge with the arbitration court based in The Hague in 2011 after the plain-packaging legislation was passed, using a 1993 trade deal between Australia and Hong Kong that included foreign investment protections.

…[T]he permanent court of arbitration found in its unanimous ruling that “the main and determinative, if not sole, reason” for a restructuring of the company as far back as 2005 was to enable it “to bring a claim under the treaty, using an entity from Hong Kong” after it received ample warnings that such legislation was being considered…

Australia has won an international legal battle to uphold its world-leading tobacco control measures, with Philip Morris failing in its long-running attempt to challenge plain packaging laws…The decision could give other countries greater confidence to follow Australia’s lead…Philip Morris Asia Limited launched its challenge against the Australian government in 2011, seeking to rely on an argument that the ban on trademarks breached foreign investment provisions of Australia’s 1993 Investment Promotion and Protection Agreement with Hong Kong. But the arbitral tribunal has declined jurisdiction to hear the case…Philip Morris said it was reviewing the decision in detail to consider its next options, but sought to head off suggestions that other countries should follow suit.

Philip Morris: we are defending our business, not attacking human rights

Despite emphasising the role of the United Nations in maintaining justice and respect for obligations arising from treaties and other sources of international law, Alfred de Zayas…fails to add that the UN defines the rule of law as a principle of accountability and equality for “all persons, institutions and entities, public and private … consistent with international human rights, norms and standards”.  There is no inherent tension in protecting fundamental rights of the private sector while protecting human rights…Investment protection is an act of sovereignty that results from negotiations between states…The implication that our case has “chilled” governments from enacting tobacco control rules is erroneous…PMI has brought only two ISDS cases among over 600 reported cases, and we did not bring them lightly. The Uruguayan government knows that we prefer amicable resolutions to litigation and that we remain available for constructive discussion with authorities in Uruguay and elsewhere…Governments that respect the rule of law have nothing to fear from the possibility of independent, objective review of regulatory measures.

…[I]nvestor-state dispute settlement (ISDS)…threatens the existing system of justice, the concept of checks and balances, the very core of the rule of law.  Its implications for the respect of human rights around the world are devastating…Far from contributing to human rights and development, the international investment regime and ISDS have resulted in growing inequality among states and within them…The system is neither transparent nor accountable and often results in aberrant judgments without the possibility of appeal…The last 25 years have delivered numerous examples of abuse of rights by investors and unconscionable ISDS arbitral awards, which have not only led to violations of human rights, but have had a chilling effect, deterring states from adopting necessary regulations on waste disposal or tobacco control.  There is no justification for the existence of a privatised system of dispute settlement that is neither transparent nor accountable.  The ISDS cannot be reformed. It must be abolished…No one should underestimate the adverse human rights impacts of free trade and investment agreements on human rights, development and democratic governance…a binding treaty on business and human rights is long overdue.

If the law favours Big Tobacco over taxpayers, then the law is a disgrace

Do property rights trump the health, wellbeing and lives of millions of people? Around 100,000 Britons die of smoking-related illnesses every year: from cancer to heart disease. Worldwide, the figure is a startling 6 million annually...[T]here’s rightly consensus that we should discourage people from taking up the habit, and inform consumers of the dire health implications. One such measure is the introduction of plain cigarette packaging...But now the tobacco companies are fighting back, suing the government for up to £11bn on the basis that it would constitute “deprivation of a highly valuable intellectual property”. This is an absurd example of how the law values property over people. Our government is democratically elected. Yes, that rightly means there have to be checks and balances, and policies must abide by the existing framework of the law. But if the law enables tobacco companies to extort £11bn from the government...then the law is wrong. If the law does not value people’s lives and wellbeing over the rights of tobacco companies to make profit from cancer sticks, then the law is morally bankrupt....This legal action should be treated as a test. Do we allow major corporations...to have more rights in law than people’s lives?

Two of the world’s biggest tobacco companies have filed lawsuits challenging the U.K. government over its plans to ban branding on cigarette packs. Philip Morris International Inc. and British American Tobacco PLC filed separate suits with the High Court in London on Friday. Both companies claimed the “plain packaging” law—which will come into effect next year—violates U.K. and European law....Imperial Tobacco Group PLC and Japan Tobacco International Inc.—which together control around 85% of sales in the U.K.—have previously said they would take legal action, although lawsuits are yet to be filed.

Two of the world's biggest tobacco companies have challenged the legality of the UK government's plain packaging regulations.British American Tobacco and Philip Morris filed legal objections at the High Court in London on Friday. They claim that the new rules are illegal because they take away their trademark intellectual property. The Department of Health has responded saying that it refuses to be "held to ransom by the tobacco industry". If successful, the tobacco companies may secure huge payouts from the British government.

Tobacco companies are preparing to launch what could be one of the biggest ever legal claims against the British Government for losses as a result of the introduction of plain packaging for cigarettes. They are expected to begin lodging papers at the High Court as early as Friday, seeking a multi-billion compensation payout for being stripped of the right to use instantly recognisable brands. Lawyers will argue that forcing them to use entirely unbranded packaging would amount to deprivation of a highly valuable intellectual property...industry analysts have suggested the combined value of the industry in the UK could be as much as £11 billion...Philip Morris International, the company behind Marlboro cigarettes, is likely to be among the first to lodge papers with most of the major tobacco companies following soon after. Lawyers for the companies are expected to base their claim around a legal opinion drawn up by Lord Hoffmann, the former senior Appeal Court judge, which concludes that banning the use of branding on cigarette packaging altogether could be a breach of trademark law...MPs approved new legislation introducing plain packaging in March...The change could come into effect next May...Supporters of the change argued strongly that new unbranded packaging bearing large and graphic health warnings would help discourage younger people from taking up smoking, with major health benefits for the country.

Australia's world-first laws on cigarette and tobacco plain packaging have come into force, replacing brand logos and colours with generic drab olive green coverings, gruesome pictures of diseased body parts…It is the world's most strict regime for the packaging of tobacco. Australia's federal government says the aim is to deter young people from smoking by stripping the habit of glamour…other countries are considering similar steps. The tobacco industry lobbied hard against the laws. Tobacco firms said they would boost black market trade, leading to cheaper, more accessible cigarettes…The industry has gone as far as paying for Ukraine, Honduras and the Dominican Republic to challenge the new rules – the countries are claiming at the World Trade Organisation that trade is being unfairly restricted, despite none of the countries having significant trade with Australia. [refers to British American Tobacco, Philip Morris, Japan Tobacco, Zico Import Pty]