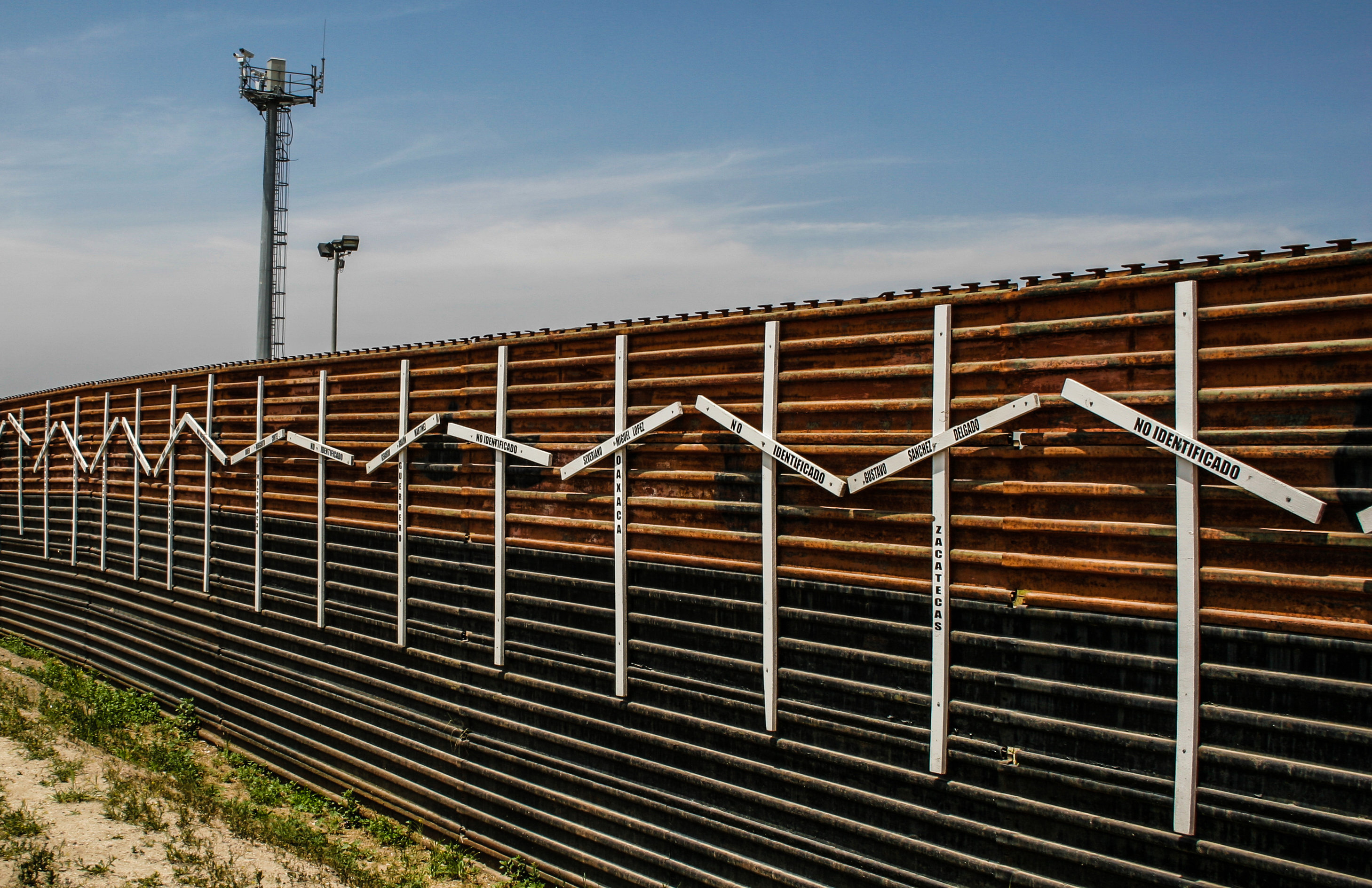 SunTrust is latest bank to halt financing of private prisons

SunTrust Banks Inc., the lender merging with BB&T Corp., said it won’t provide future financing to companies that manage private prisons and immigration holding facilities. “This decision was made after extensive consideration of the views of our stakeholders on this deeply complex issue,” the Atlanta-based bank said... SunTrust’s decision follows similar moves by Bank of America Corp., JPMorgan Chase & Co. and Wells Fargo & Co.

... Shares of the two biggest for-profit prison companies, Geo Group Inc. and CoreCivic Inc., have fallen more than 13% since mid-June... “This decision is about caving to political pressure,” Amanda Gilchrist, a spokeswoman for CoreCivic, said in an emailed statement. “These banks have kowtowed to a small group of activists rather than engaging in a constructive dialogue.”... Geo Group said in a statement. The company “has never managed any facilities that house unaccompanied minors, nor have we ever managed border patrol holding facilities.”

BNP Paribas SA will no longer finance private prison companies, joining a wave of banks pulling out of the business amid criticism of the conditions in U.S. detention facilities. “This decision is the result of the bank’s internal and external consultative process that ensures that clients’ practices are aligned with the group’s policies,” BNP Paribas said Saturday in an emailed statement. “Today, BNP Paribas has a limited exposure to this sector and following its latest decision, the bank will no longer commit to new financing facilities within this sector.”... Protesters have pushed lenders to abandon private prison companies, citing conditions in facilities that have held immigrant families. Senator Elizabeth Warren, a Democratic presidential candidate, has said she would ban private prisons if elected... JPMorgan Chase & Co., the biggest U.S. bank, said in March it would no longer provide financing for the industry and Bank of America Corp.followed suit last month. SunTrust Banks Inc., the lender merging with BB&T Corp., withdrew from the business last week.

The Department of Homeland Security's Inspector General has repeatedly criticized [Nakamoto Group] for cutting corners on its investigations, conducting improper interviews, and producing inaccurate reports... ICE relies heavily on private industry in nearly every aspect of its operation. Outside contractors GEO Group and CoreCivic operate most of ICE's adult detention centers. For the last eight years, Nakamoto has been charged with conducting annual inspections of ICE detention centers... "It's really not an exaggeration to say that there is basically no meaningful accountability or oversight for the companies who are involved," says Heidi Altman, director of policy at the National Immigrant Justice Center... The DHS inspector general [said], "ICE does not adequately hold detention facility contractors accountable for not meeting performance standards... [ICE] spokeswoman Danielle Bennett says the agency has improved since the inspector general's reports... [including having] senior ICE officials now accompany Nakamoto investigators during their reviews... In an email, Nakamoto Vice President Mark Saunders said, "we have made it abundantly clear that we are in no way political, and we have no agenda other than to do our work." He declined an interview, saying the company has already addressed negative allegations.

Last fall, Sen. Elizabeth Warren and other Democrats asked Nakamoto to respond to problems raised in the inspector general's reports. In her response, Jennifer Nakamoto quoted from her own company's report, calling the watchdog investigators inexperienced and their findings an "embarrassment" to their office. She disputes many of the facts in the reports. She wrote about her mother's birth in an internment camp, saying she and her family have battled prejudice all their lives. "Without question," she wrote, "the detained immigrant population as a whole has a better life because of what Nakamoto does."

"Children are suffering. These companies are profiting." 1 July 2019

A review by Popular Information of federal contracting databases reveals that Booz Allen Hamilton, Deloitte, and PricewaterhouseCoopers have inked over $175 million in contracts with Immigration and Customs Enforcement (ICE) since Trump took office. These companies have continued to profit from Trump's anti-immigrant crackdown over the protests of many of their employees... [S]ince January 2017, Deloitte has inked over $100 million in contracts with ICE... [including] over $4 million in contracts which directly involved "detention compliance and removals."... In July 2018, hundreds of Deloitte employees signed a petition calling on the company to stop doing business with ICE, citing "moral objections" to the work... Since the employees sent management their petition, Deloitte has entered into an additional $44 million worth of contracts with ICE.

PwC divested its public sector business in 2018 and does not perform work for US Immigration and Customs Enforcement.

Immigration detainees are held on civil, not criminal, charges. Therefore, imprisoned immigrants have argued for years they cannot legally be forced to work like prisoners while held in civil detention. In December 2017, Raul Novoa — a Mexican man living in Los Angeles on a green card — sued the GEO Group... He alleges that detainees were forced to work for the company for as little as $1 per day and that the absurdly small wages were illegal for detainees who hadn't been convicted of crimes... [F]ive other immigrant detainees have submitted statements to the court saying that to afford necessities such as toothpaste, they were forced to work for GEO's borderline slave wages. Other exhibits have included internal GEO emails from jail staffers complaining that immigrants were not scrubbing the detention facilities well enough... GEO has responded to Novoa's allegations in court... [GEO] claimed that, because U.S. Immigration and Customs Enforcement technically pays the detainees, GEO does not "employ" the immigrants and therefore is not subject to California's minimum-wage law. GEO also claims its "work program," which pays $1 daily, is entirely voluntary.

The federal government sets the performance-based national detention standards which govern the Voluntary Work Program at all ICE Processing Centers... This is not and has never been a program implemented unilaterally by service providers like GEO. Furthermore, the wage rates associated with this federal government program are established under long-established guidelines set by the United States Congress... Any allegation that individuals, in ICE Processing Centers, are retaliated against or have to volunteer to work in order to have access to, or pay for, basic hygiene products or food is completely baseless and demonstrably false. Hygiene products are provided to individuals in ICE Processing Centers managed by GEO on demand, upon request, and free of charge... The ICE Processing Centers GEO manages deliver high quality food services with three daily meals, free of charge.