"Murky Waters: A Qualitative Assessment of Modern Slavery in the Pacific Region", 2020 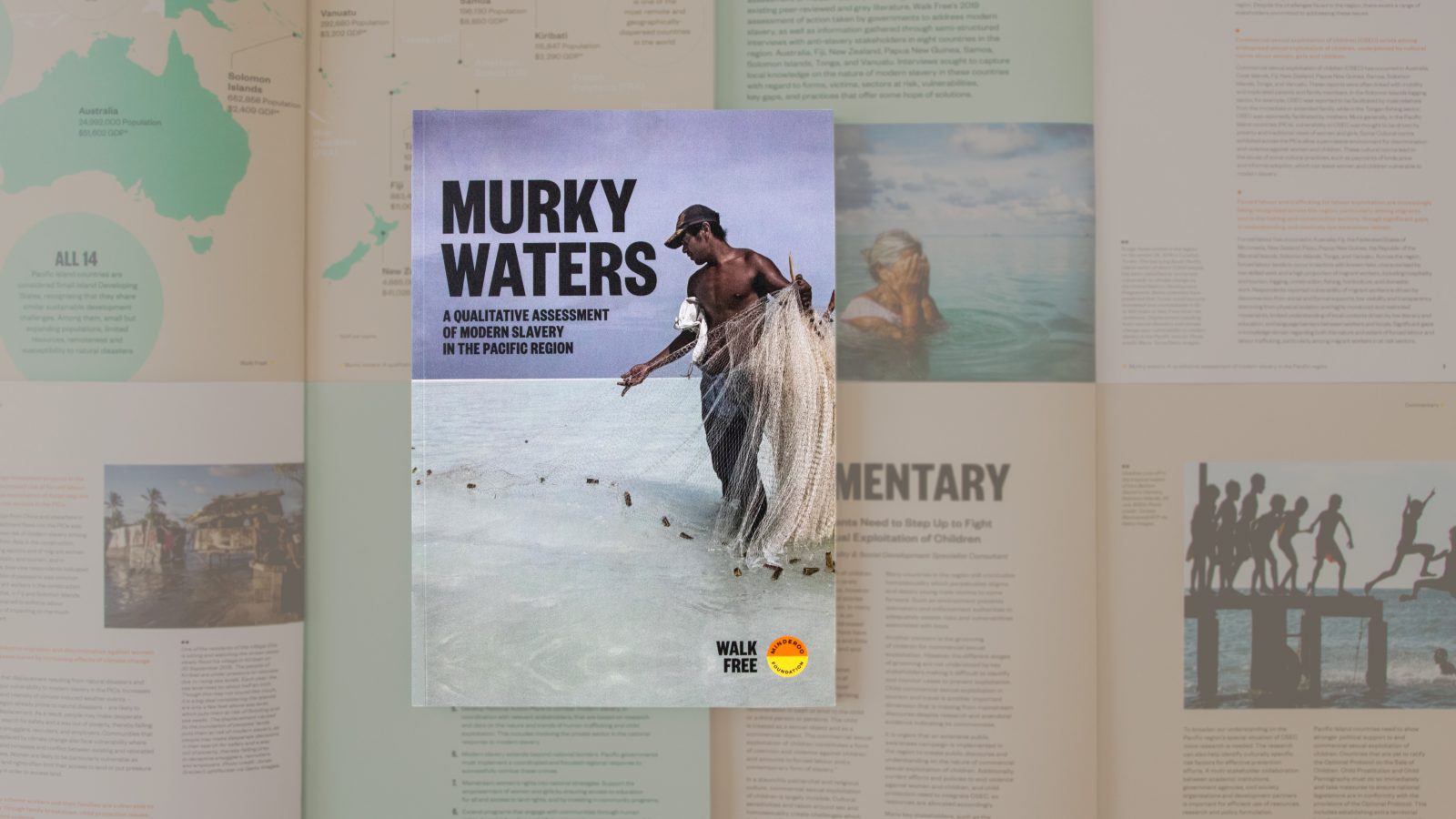 Forced labour and trafficking for labour exploitation are increasingly being recognised across the region, particularly among migrants
and in the fishing and construction sectors, though significant gaps in understanding and relatively low awareness remain.

An influx of foreign investment projects in the PICs has led to increased risk of forced labour and forced sexual exploitation of Asian migrant workers in high-risk sectors in the PICs.

Vulnerabilities linked to migration and discrimination against women are likely to be exacerbated by increasing effects of climate change in PICs.

1. Fund and establish evidence-based and culturally specific awareness raising campaigns around how to identify and report cases of modern slavery....

3. ...Provide emergency care and long-term reintegration support to all victims of modern slavery.... Build upon existing systems...such as services for victims of gender-based violence.

4. Enact legislation, or strengthen existing legislation, to ensure that all forms of human exploitation are criminalised....

6. ...Pacific governments must implement a coordinated and focused regional response to successfully combat these crimes.

8. Extend programs that engage with communities through human rights-based education and other community empowerment models....

10. Fund and support research that examines the vulnerabilities that boys face...including prevalence of different forms of modern slavery and with a focus on at-risk sectors.