The content is also available in the following languages: English, español

Flood of abuse: The fight for water in search of renewable energy

Climate change is a human rights imperative, and the climate crisis demands an urgent and comprehensive energy transition. One of the most dramatic effects of the climate crisis will be the reduction of water in equatorial and arid lands. Yet a crucial part of the solution – renewable energy – relies heavily on the mining processes of minerals which exacerbate water scarcity.

Copper, cobalt, zinc, nickel and manganese mines all use large quantities of water for mineral processing, dust suppression and slurry transport, as well as for their employees. Lithium mining, often referred to as "water mining", is the most water-intense of all mining processes and has caused significant turmoil among affected communities.

The allegations recorded in Business & Human Rights Resource Centre's Transition Minerals Tracker highlight how the mining operations of international companies consistently endanger this right. Of the 276 human rights allegations tracked, 106 (38%) relate to water – either water pollution or access to water – a trend set to escalate as demand for these minerals intensifies to meet accelerated production of renewable energy technologies.

These allegations span the globe; from islands to deserts, developing countries to industrialised nations; the Global South and Global North. This is not a nation-specific or mineral-specific issue.

Indigenous communities bear the brunt of ecological and social impacts at both ends of the supply chain, from transition minerals to renewable energy projects. Without remedy, these violations will continue to deepen historic fault-lines of rights abuse and power asymmetries, threatening the energy transition.

The Atacama desert is the driest place on earth, and the livelihoods of Indigenous communities who have resided there for hundreds to thousands of years are threatened by highly water-intensive lithium extraction. The region endures one of the most water-intensive mining operations in the world, endangering delicate desert ecosystems. Nor is it merely a resource to be exploited: many Indigenous communities cite an ancestral connection to the water.

Energy storage technologies, including electric vehicle batteries, rely on lithium. The mineral-rich salt flats of the Lithium Triangle, which encompasses the Atacama Desert and traverses the borders of Argentina, Bolivia and Chile, are thought to hold over half the world's lithium. The region has seen a significant number of allegations of abuse by companies: water access is already a grave concern, with one company in negotiations with Minera Exar forced to have potable water trucked in.

The process of mining from salt flats is low-cost but water-intensive: by drawing up water from under the salt flats, brine evaporates in the desert sun, leaving lithium behind. In the Atacama region, this process uses approximately 1.5 million litres of water per metric ton of lithium carbonate. According to mining contracts, the region looks to export up to 300,000 metric tons of lithium carbonate per year.

On the front lines of water access struggles in the region, Indigenous peoples and communities have resisted companies, like SQM in Chile and Sales de Jujuy in Argentina, through lawsuits and protests. In December 2019, the First Environmental Court of Chile upheld a complaint by Indigenous Atacaman communities about the use of water by SQM, maintaining that their compliance plan, intended to modify the systems which had overdrawn lithium-rich brine, was "insufficient". In 2018, the Council of Atacemeño Peoples filed an appeal to annul an agreement between SQM and Corfo, the Chilean ministry of development, for failing to carry out Indigenous consultation, particularly due to intense water-usage.

Issues are not unique to lithium or to South America. Russian company Nornickel is one of the world's largest producers of nickel, used in wind turbines, solar panels and electric vehicles. Tesla has been under pressure from Indigenous communities in Russia, who wrote directly to Elon Musk to request that Tesla respect the rights of Indigenous peoples in its supply chain by committing to cut sourcing ties with Norilsk Nickel (Nornickel) until it complies with minimum standards under the UN Declaration on the Rights of Indigenous Peoples.

The company is linked to 14 allegations of human rights violations recorded in the Tracker, including allegations related to Indigenous peoples, loss of livelihoods, water pollution and failure to obtain free, prior and informed consent.

Business & Human Rights Resource Centre contacted both Tesla and Nornickel for a response to the allegations. Neither company responded.

Mining often leads to pollution of water sources. The use of zinc in wind turbines and solar panels means that its production will play a key role in the energy transition, but Australia's McArthur River Zinc Mine, owned by Glencore, has an extensive history of ecological and social damage. By Glencore's own admission, the mine itself will require monitoring until the year 3037 – 1,000 years after it is scheduled to have exhausted its production – due to a failure by the company to correctly quantify the toxicity of tailings from the mine. The resultant water pollution has left the Yanyuwa, Gudanji, Mara and Garawa peoples whose communities surround the mine unable to farm, fish or drink from their ancestral river. Residents report health impacts and insufficient prior consultation. 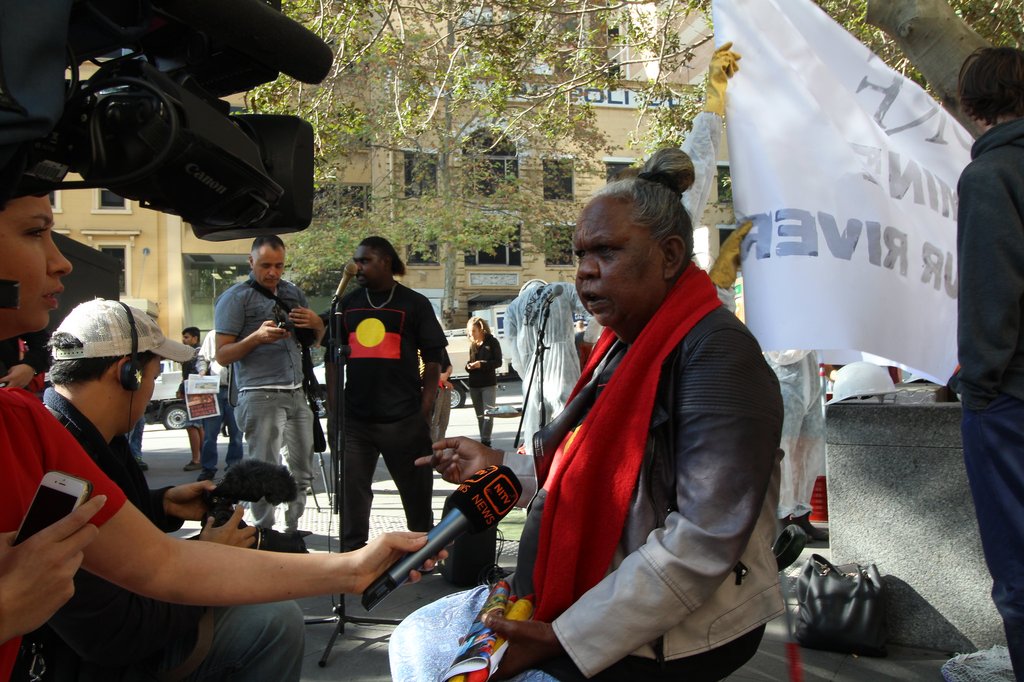 The pollution of water sources, especially when local populations remain uninformed, can destroy livelihoods and cause long-term health implications.

Copper is one of the major transition minerals, used in electric vehicles, solar panels and wind technologies. A single wind turbine can contain up to 4.7 tonnes of copper. A recently-settled 2015 lawsuit filed by a group of 1,826 Zambian villagers against Vedanta Resources claimed that water pollution from the Nchanga Copper Mine caused significant damage to lands and livelihoods. As one claimant described:

"I used to go to the Kafue river to draw water and started drinking it as normal. I saw that fish had died and were floating on the river. We ate the fish and soon everyone started crying with stomach pains...I collapsed and was taken to a hospital. The diagnosis was that I had drunk or eaten something acidic which had caused damage to my chest and intestines. I was told the damage was permanent...Everyone here has been affected in some way."

Often an allegation relating to water begins with something which might seem quite small – an accidental spill or a one-off overuse of a water source – but these incidences often have sizeable and enduring impacts on communities.

A fast and fair transition?

The impacts of transition minerals on water access and sanitation, along with violations of custodial or traditional land and water rights, have left many communities asking whether promised economic or climate goals are worth their sacrifice. Too often, communities are unable to access the benefits of the renewable energies their land is being mined to facilitate.

Until communities are given a stake in the process, through benefit sharing and co- or full ownership arrangements, tension is likely to escalate, even as companies and governments seek to rapidly expand the production and consumption of these minerals. The essential just transition to renewable energy to combat the climate crisis will only be possible if the right to water is respected, and the communities who survive on this water are not harmed.

Business and Human Rights Resource Centre has produced the Transition Minerals Tracker since 2019, with support from The 11th Hour Project and Ford Foundation. The Tracker investigates mining operations of minerals used in renewable energy technologies and electric vehicles worldwide.

Human rights in the mineral supply chains of solar panels

Human rights in the mineral supply chains of electric vehicles

Human rights in the mineral supply chains of wind turbines