We are deeply grateful for the generous support of all of our funders. 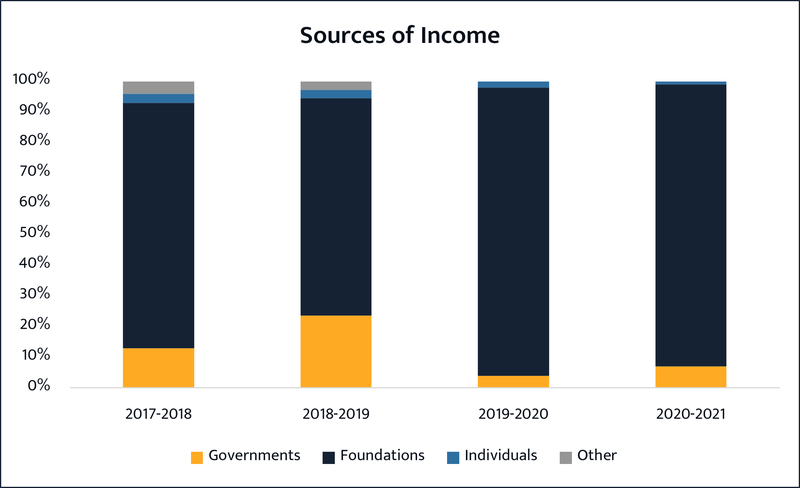 To maintain our independence the Business & Human Rights Resource Centre will avoid any conflict of interest or reputation risk by not accepting donations directly from companies. Our primary sources of income come from independent foundations, governments and individual donors. The Resource Centre’s senior management team will review potential donations from corporate foundations, senior executives at major corporations, and pro-bono legal support on a case-by-case basis where the risk of conflict of interest and reputation risk is judged to be low.

Our International Advisory Network of over 70 experts is chaired by Mary Robinson, former UN High Commissioner for Human Rights and President of Ireland.

Our Academic Partners are 23 institutions recognised internationally for their expertise in issues relevant to business and human rights.

Established December 2017, the Tech Advisory Group guides Business & Human Rights Resource Centre in its use of technology to empower advocates working to put human rights at the centre of business, strengthen corporate accountability, and increase transparency. In 2018, we will continue to grow the Tech Advisory Group to include diverse experts from business, academia, philanthropy and civil society.

If you are interested in our work with technology or the work of the Tech Advisory Group, please contact Joe Bardwell ([email protected]).

Members of the Tech Advisory Group

Jeff Ullman is the Stanford W. Ascherman Professor of Engineering (Emeritus) in the Department of Computer Science at Stanford, and is the CEO of Gradiance Corp. He received a B.S. degree from Columbia University in 1963 and a PhD from Princeton in 1966.  Prior to his appointment at Stanford in 1979, he was a member of the technical staff of Bell Laboratories from 1966-1969, and on the faculty of Princeton University between 1969 and 1979. From 1990-1994, he was chair of the Stanford Computer Science Department. Ullman was elected to the National Academy of Engineering in 1989, the American Academy of Arts and Sciences in 2012, and has held Guggenheim and Einstein Fellowships. He has received the Sigmod Contributions Award (1996), the ACM Karl V. Karlstrom Outstanding Educator Award (1998), the Knuth Prize (2000), the Sigmod E. F. Codd Innovations award (2006), the IEEE von Neumann medal (2010), and the NEW C&C Foundation Prize (2017). He is the author of 16 books, including books on database systems, compilers, automata theory, and algorithms.

Radhika is an Angel & Impact investor from Silicon Valley, and CoPresident at Stanford Angels & Entrepreneurs; a community of over 1100 entrepreneurial Stanford students, faculty members and alumni. She has been an advisor, mentor, co-convener & judge at Innovation Accelerators Startx & Skydeck Labs, US SBA and UN Solutions Summit. She is a founding volunteer of the mentoring group RajeevCircle.org and is a speaker/panelist at Stanford and Berkeley classes, seminars, and events, such as the Global Entrepreneurship Summit, SDG Media Zone at United Nations HQ, and The National Academy of Sciences.

Radhika is passionate about leveraging technology for social good and has been active in civic engagement & social causes since her early childhood, having grown up under the influence of the Gandhi Ashram and Gandhian thought-leader grandfather. She is an advisor to the Sustainable Development Goals Philanthropy Platform, co-founded the former Ashoka SV chapter, sits on the SVLeadership Council for Action for India, and is an advisor to Impact Experiences and Illumen Capital a Fund of Impact Funds.

She sits on the International Advisory Network for the Business and Human Rights Resource Centre (BHRRC) and is also a founding member of the Tech Advisory group for BHRRC. Radhika holds a M.S. Computer Science from Stanford and an M.B.A from Berkeley.

Ashit is an experienced software industry practitioner with experience leading engineering teams at startups and large companies. He is currently Director of Software Development at Salesforce.com. Prior to Salesforce, Ashit was VP Engineering at Kaviza, an innovative startup in desktop virtualisation that was acquired by Citrix. In the past, he has held senior technical and management positions at Sun Microsystems and other startups. Ashit has an MBA from UC Berkeley, MS CS from the University of Iowa, and BTech from the Indian Institute of Technology (IIT). He has mentored entrepreneurs at Stanford StartX, Berkeley Skydeck startup accelerators, as well as social entrepreneurs from Ashoka.org.

Christopher (Chris) Worman has been working with and for civil society since 1999. Leading fundraising and communications with American NGOs in the arts, health and human services, Chris built online giving platforms and communities before tools like facebook made it easy. In 2005, Chris joined Peace Corps and landed in Romania where he built several rural, sustainable social enterprises, launched Romania’s first Community Foundation, www.szka.org and helped build a national framework that has supported the development of more than a dozen more.

In 2009, Chris opened TechSoup’s Romania program and, subsequently, TechSoup’s digital democracy work. Through a series of community-driven design challenges more than 1.2 million Romanians engaged in defining and building anti-corruption solutions. Communities like FunkyCitizens.ro who met through the program have been successfully holding their government to account ever since. Based on initial successes, Chris helped grow the program with TechSoup into www.TransparenCEE.org which has worked with citizens and civil society to solve problems with tech across 14 countries in the region.

Since 2011, Chris has held roles leading TechSoup’s program design and communications groups. Now that TechSoup is completely global, he is focused on leveraging what TechSoup has built over the years into deeper and more supportive relations with the 1 million+ NGOs currently served by the organization; exploring the intersection of technology and civil society in the face of the Fourth Wave of the Industrial Revolution, challenges to democracy, immigration, and other major challenges of our times. In his spare time, Chris teaches masters-level NGO communications classes at the University of Vienna School of Economics and has consulted for organizations ranging from Microsoft and the C.S. Mott Foundation to Coca Cola and the Aspen Institute.

We cooperate with a range of organisations on enhancing human rights in business. These include: 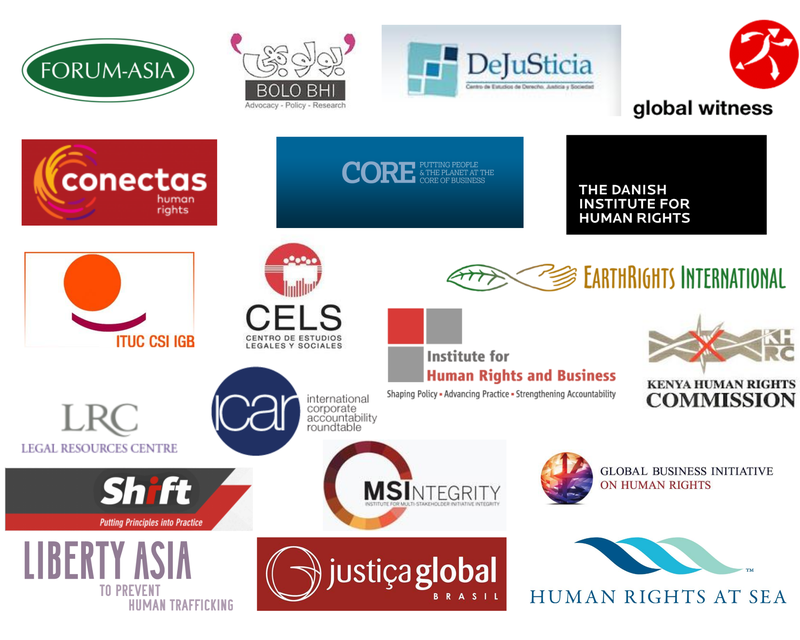 "An essential guide to the world's companies and their records on human rights."
Guardian newspaper

“No debate can move forward, no positive change can be made, without facts.  The Resource Centre is the only website to provide such a broad range of balanced information on business and human rights – company by company, country by country, issue by issue.”
Mary Robinson (President of Mary Robinson Foundation - Climate Justice; former United Nations High Commissioner for Human Rights; and former President of Ireland)

The Resource Centre was named by University of Connecticut in 2013 as recipient of the Thomas J. Dodd Prize in International Justice and Human Rights, a prize established “to honour outstanding individuals and organisations that have made a significant effort to advance the cause of international justice and global human rights.”

It was included on the Phoenix 50 List, announced at Skoll World Forum 2009: “There are many organisations dedicated to promoting human rights, but very few that focus on the interface with business — and none that do it as well as the Business & Human Rights Resource Centre.  It is the leading player helping grow a whole generation of organisations and networks which promote human rights issues within global business.”