The content is also available in the following languages: English, español

As we noted following an erroneous story last year, Blackstone and a Brazilian company we’re invested in, Hidrovias (of which we own 4%), were falsely accused of being responsible for the deforestation of the Amazon. The inaccurate claims and mischaracterizations were blatantly wrong and irresponsible. First, Hidrovias does not own, control or have any interest — direct or indirect — in the road in question. This road has been operated by the Brazilian government since 1976. The company did not build this highway, nor are they paving it. Second, Hidrovias only ships from traders abiding by the Amazon Soy Moratorium, which prohibits purchasing soy produced on illegally deforested lands. The company objects to illegal deforestation and is committed to ensuring that the soy it ships is not from the Amazon biome. Third, Hidrovias has been recognized for operating to the highest environmental and sustainability standards and they have won a number of national and international awards and certifications. Hidrovias’ port operations play an important role in reducing carbon emissions by taking a significant number of trucks (approximately 90,000/year) off of the road in Brazil – shifting that traffic to waterways. Read more about the facts here: https://www.blackstone.com/blackstone-hidrovias-brazil/ 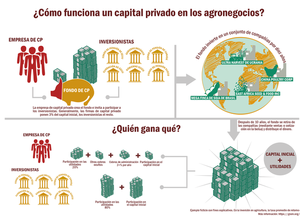