Suchanee Cloitre is a Thai journalist, who was convicted last year in a case initiated by a chicken farm in Lopburi previously supplying chicken to agro-industry conglomerate. The charges against Suchanee stemmed from a tweet concerning alleged labour rights violations at a chicken farm. According to a complaint filed by workers with the National Human Rights Commission of Thailand, the company failed to pay minimum wage or overtime, did not provide adequate rest time and holidays, and confiscated identity documents, among other abuses, as Human Rights Watch reported. At the time of her tweet in 2017, Suchanee was a journalist for Voice TV and reported on the allegations. In March 2019, a farm’s owner filed a criminal complaint against Suchanee under sections 326 and 328 of the Criminal Code, concerning criminal defamation and libel, respectively. In December 2019, the Lopburi Provincial Court convicted Suchanee under both provisions and sentenced her to non-probational two years’ imprisonment. On the 27th of October 2020, Thai Court of Appeals overturned the Lopburi Provincial Court’s conviction and prison sentence against her.

First of all, congratulations on your recent victory - on the 27th of October, the Court of Appeals found you not guilty of the charges. Can you tell us more about your case and the reasoning behind the acquittal?

Thank you! The case started since I was working for a news desk at Voice TV and was assigned to cover the issue of a chicken farm, potentially using forced labour because it was very much in the attention of the international community. I went to the province to interview the Burmese farmers that worked there. I also tried to contact the owner of the farm – who was the plaintiff in my case – and he refused the interview. He said he was waiting for a report from the Human Rights Commission of Thailand. I went on to interview Andy Hall. We started to cover the situation until in 2016, the Lopburi Department of Labor Protection and Welfare ordered the farm to pay THB 1.7 million in compensation to the workers, a penalty later upheld by Thailand’s Supreme Court. I tweeted about it and added the words ‘in the case of slave labour’. Obviously, he was not happy about it, so he started to raise the issue to the police. Almost a year later, I got contacted by the police in the province where the farm is based, and I went there and gave my testimony. Then the police issued a non-indictment report and sent it to the prosecutor. The prosecutor also led a non-indictment decision. He was not happy, so he raised it with the court himself. Almost a year later, in December last year, the trial court ruled in his favour and put me in 2-year probational detention, which is very rare. This was the first such decision against a journalist – it is the maximum sentence, without a fine. When the owner of the farm first raised the issue with the police, his complaint was based on two cases – one computer crime, one defamation. The prosecutor ditched it on both grounds, saying I am not guilty. But when he raised it directly with the court, it was based on criminal defamation.

Why did the court ultimately find you non-guilty?

They said that his witness testimony is a hearsay witness and that the court needed to be very careful in this case. He put only himself as a witness. In the trial court, some specialists in media and in labour rights gave testimony. There was a labour activist that tried to give examples to the court of forced labour practices. Court raised this in the verdict: they said that since workers were underpaid, and such word is used in the media to describe unfair labour, therefore, I could understand that this was unfair enforcement of labour.

According to the court, my tweet with such words also has characteristics of news headline to gain the attention of an audience though it’s inappropriate but it’s not a confirmation of fact and it’s not the word that I invented, so the court ruled that I did that in good faith, and was not guilty.

The company filed numerous cases against individuals that spoke about the company’s alleged labour rights violations. What can you say about these cases and what is your message to these individuals?

I feel for them because I know how heavy it is, mentally and physically. Especially travelling in my case where I had to travel to Lopburi, which is 3 hours from Bangkok. Travelling back and forth makes you tired. It is also hard financially, they have to pay expenses for the court fees, bail, etc. Of course it’s not easy.

Apart from this defamation suit, have you been subject to other forms of attacks and harassment on account of your work as a journalist?

No, not really. Just legal harassment – I think that is quite enough. Sometimes I think I would prefer other types of harassment other than a legal one, because then at least you do not have to wait so long to hear about the results. 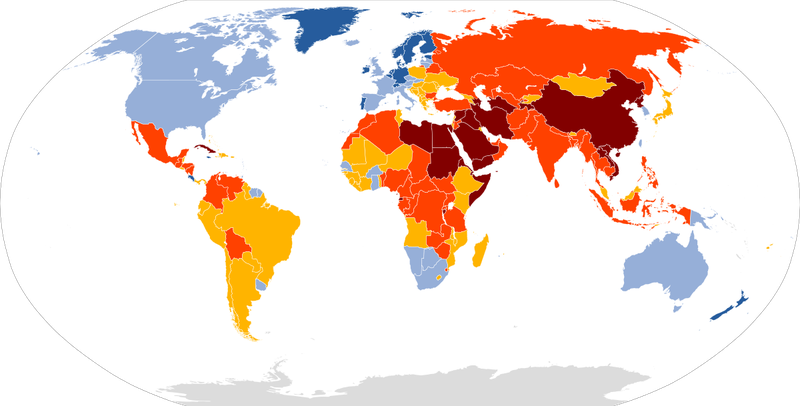 As a journalist, what is your view of the current state of the civic space in Thailand? Do you think you are free to do your work?

There’s a high level of self-censorship of journalist in Thailand. It ranks 140 on RSF’s index, which is three ranks lower than 2 years ago. According to the journalists I speak with, many of us do not speak freely in fear of getting sued, especially when reporting about corporate and human rights issues. The biggest problem is with criminal defamation law that in many developed countries has been removed already, left alone civil defamation suit, and now also the computer crime law. It is similar in other countries in Asia, like in the Philippines. I remember the case of the journalist Maria Ressa, who was found guilty of cyber libel.

As far as I know, this kind of anti-SLAPP law is not sufficiently implemented to protect human rights defenders. I think I came across only one case in which court ruled in favour of a defender [on the basis of it], but that’s the case where the file was raised in a court very far from where he lives: so, in that case, it was very obvious.

There is no protection at all. The local press organizations that are meant to help us said that if the case was raised in the court already, they will not get involved, which is wrong. The most efficient tool is for journalists to come together and speak out against it. If we do not do it, who is going to protect us? For me, it’s quite funny that we can speak for others, but fear to speak for ourselves.

In 2019, Section 161/1 of Thailand's Criminal Procedure Code was amended to protect the right to freedom of expression against SLAPPs. It allows a court to dismiss a case filed in "bad faith" or if it cites distorted facts to harass or take advantage of a defendant. Was this used in your case? Is this sufficient advancement in law to protect against malicious lawsuits?

It is not strong enough. During the trial, we tried to raise this. However, the verdict does not mention anything about this.

As far as I know, this kind of anti-SLAPP law is not sufficiently implemented to protect human rights defenders. I think I came across only one case in which court ruled in favour of a defender [on the basis of it], but that’s the case where the file was raised in a court very far from where he lives: so, in that case, it was very obvious.

What more can the government do to prevent SLAPPs suits?

The Thai Government recently pushed a National Action Plan (NAP) on Business and Human Rights, adopted in 2019 – the first in Asia. It is also preparing an FTA with the EU: and human rights will be on the agenda. So, the government is trying to solve the problem. I hope in the future no journalist will be sued like me again and I am hoping this story sets a good example of how it should be.

Should international buyers sourcing from Thailand be concerned about these attacks against journalists and human rights defenders and the shrinking civic space? What could they be doing to support journalists and other defenders in Thailand?

The easiest thing they could and should do is to take on their suppliers: set up a system to clearly check if these kinds of lawsuits are being brought by them. Because if they happen, they affect many parties: not only defenders but also workers and the country - as a whole.

I received no messages of support from investors and buyers.

What are the implications of your acquittal on civic space in Thailand? Do you think this offers a glimmer of hope?

The case is very particular, so I am not sure about the implications. The person that raised the case is a private party. My case is a very, very rare case, in that the initial ruling was to put the journalist in jail. In Thailand, this never happened before. So far, the heaviest fines were a monetary fine or a probation period. So my case came out of nowhere, everyone was confused about what was happening.

What has been the response of your colleagues on your acquittal? How about the general public, the international community, including buyers from and investors in Thailand?

The response has been incredibly supportive. Other journalists told me that they receive a lighter level of harassment, threats, verbal threats, or they fear they will get no support if they are sued. We have talked about stepping together and forming an organization to help ourselves. But there has been no serious discussion about it yet. Perhaps we wait until another journalist is sued again then we could stand up against it. I got a lot of support from the international community: it is a good thing – at least I know I am not fighting against this alone. Local media rarely report on my case, though – I think that is because they are scared.

I received no messages of support from investors and buyers.

I think this kind of case has a direct impact on journalistic work, especially in Thailand where there is no real protection.

Will this defamation suit stop you from doing your work as a journalist?

After I was sued, I stopped tweeting. And that is a direct impact. The fact that I am a mother of a young son, I thought about all of it a lot – even of quitting completely from journalism, which I partially did.

I think this kind of case has a direct impact on journalistic work, especially in Thailand where there is no real protection.

What drives you to do your work in the face of these threats?

Journalism has been my passion. It is a beautiful job especially when you shine a light on unheard voices, but when you face something like this, you wonder how long you can go on.

How do you think journalism contributes to achieving corporate accountability for human rights abuses?

In chicken farms and fisheries – the international industrial export industry – the affected group are mostly marginalized workers, like migrant and child workers. This kind of people, they do not dare to speak about what happens to them, so I think it’s a job of journalists to try to dig out the truth and shine a light on their problems.