The safety and treatment of the remaining employees will be determined before the withdrawal, and we will further fulfill our responsibility by requesting MEHPCL to make its best efforts to ensure the safety and freedom of employment of its employees.

The due diligence was done as of 2015 and included the question of whether it would be appropriate to enter into a joint venture with MEHPCL. At that time, the decision was based on the assumption that Myanmar was moving toward democracy. It is true that once democratization was achieved, a coup d'état subsequently broke out, and the above assumption collapsed. We believe that these results need to be taken seriously as a lesson learned. In addition, we do not believe that DD on the human rights situation is something that should be done once at the time of investment decisions. Rather, we believe it is important to constantly reevaluate the situation in response to changing circumstances and take actions based on this reevaluation. In response, human rights measures were discussed at the Management Committee. The Group CSV Committee also discussed how to further strengthen human rights. In response, a project was launched by relevant divisions, and a Group Human Rights Meeting chaired by the director, Senior Executive Officer in charge of human resources and general affairs strategy was established to formulate and monitor medium- to long-term human rights strategies. We have been promoting the enhancement of human rights-related governance, strategy, and risk management, while adding external perspectives, such as dialogue with global NPOs and the use of ESG evaluation frames.

The Company is not in a position to comment on MEHPCL's response to the MBL, as it will be the sole shareholder following the transfer. We believe that it is practically difficult for us to control the fate of all funds. While the Company's first priority is to terminate the joint venture as soon as possible, but we did not want to leave everything behind, and transferring the shares at a low price. The Company was able to reach a deal at a fair price. The decision was made in the face of many constraints. 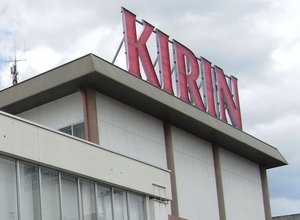 Part of the following timelines