Canada: Tobacco companies lose appeal in class action lawsuit by smokers about lack of warning re risks of smoking & ordered to pay CA$17 billion in damages

In June 2015, Quebec Superior Court Justice Brian Riordan ordered the companies to make payments of more than $15-billion to smokers who fell ill or were addicted. The companies appealed the ruling. On 1 March 2019, The Quebec Court of Appeal upheld the lower court decision with the exception of minor changes.

The judges concluded that the companies violated the rights to life, to personal security and to inviolability of the plaintiffs by prioritizing their profit over their duty to provide the right information to their consumers.

The companies are disappointed with the decision. 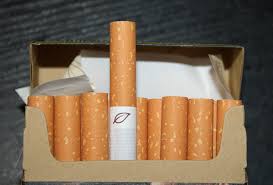 ...Imperial Tobacco, JTI-Macdonald and Rothmans-Benson & Hedges had appealed a ruling that found the companies chose profits over the health of their customers...

Quebec’s highest court, which began hearing the appeal in 2016, struck down almost all of the tobacco companies’ grounds for appeal. The five-judge panel confirmed that the companies failed in their duty to inform their customers of the risks of smoking and failed to demonstrate that consumers were aware of the risk.

The judges concluded that the companies understood that their marketing strategies would expose consumers to the risk of addiction or fatal disease. “In so doing, they certainly infringed in an illicit and intentional fashion the rights to life, to personal security and to inviolability” of the plaintiffs, the court ruled...

The Quebec Court of Appeal upheld a lower court decision with minor changes, according to a ruling released Friday.

The smokers sought damages for addiction and smoking-related diseases, arguing they were never warned of the risks of smoking.

JTI-Macdonald said in a statement it “fundamentally disagrees” with the court’s judgment and that Canadians “have had a very high awareness of the health risks of smoking.”

RBH said in a statement that it will try to appeal the decision to the Supreme Court of Canada. JTI-Macdonald said it would consider that option.

“The risks associated to tobacco use have been known in Canada for decades. Consumers were aware and that’s why we think we shouldn’t be held responsible,” said Eric Gagnon, the head of corporate and regulatory affairs for Imperial Tobacco. “Today’s judgment is disappointing.”...