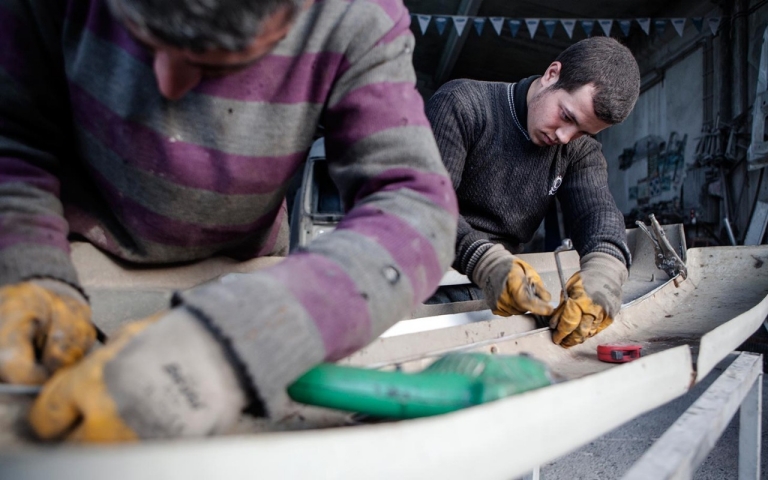 Adil, 16, is one of more than 400,000 Syrian children in Turkey working in the informal economy instead of continuing their education. He has been at the same shop for the past three years, making what he describes as “a third to half of what Turkish people make.” (The legal minimum monthly salary in Turkey is $344.)...Syrians are required to obtain formal sponsorship in order to work, and permits are typically granted only to highly skilled refugees. As a result, more than 2 million Syrians are not legally authorized to work in Turkey, and the burden frequently falls on children... According to a new study released by the Migration and Politics Research Center at Hacettepe University in Ankara, a Syrian refugee working in Turkey is more likely to be a child than an adult. “Especially in seasonal or labor-intensive sectors like agriculture, construction or textile, Syrian child labor has become the norm,” said Murat Erdogan, the study’s author and the director of the center...The Ministry of Labor and Social Security is working on removing the legal obstacles that prevent Syrian refugees from participating in Turkey’s formal economy. Nurcan Onder, the director general for labor at the ministry, said legislation is lagging behind reality....Yet many experts believe that while introducing work permits for refugees would ease some problems, child labor would continue. “It would be unrealistic to think of work permits for Syrian refugees as a magical wand that will solve all problems. Informal labor is still the norm in Turkey for the rest of the population too,” said Numan Ozcan, the director of the International Labor Organization’s Turkey office.