With regards to the subject article we would like to refer to the statement made by the Ministry of Labour and Social affairs that the subject protest was resolved and the workers have returned to site. Requests made by the workers are taken seriously, and have been and will continue to be addressed. We also take the opportunity to clarify various incorrect statements made and inferred in the article. There were no Bapco staff or workers involved in the subject protest, and the matter was concluded peacefully and through dialogue. We would like to thank all involved including the Ministry of Labour and Social Development, Ministry of Interior, Ministry of Health, Supreme Council for Environment, Embassy officials and representatives for their efforts. We wish to stress that there was no physical intervention of any security forces during the incident and hence no violence can be attributed to them. On the contrary it is evident from CCTV and video footage that instances of physically aggressive and threatening behavior towards fellow workers including minor damage of camp facilities were led by a small group of workers from the camp itself. Legal cases have been raised against this group and due process will be followed.

We would repeat that the matter was resolved through dialogue. Hence the false statements made in the article, and the unverified and false reporting of other issues, including erroneous statements around fatalities which did not occur, does not help document or address the situation. We would also like to clarify that the working conditions in the subject Camp are audited by internal and independent external bodies and are managed in line with IFC standards and requirements.

Bapco takes the personal safety and wellbeing of its staff and all workers engaged within our facilities seriously and we stand by our record in such matters. 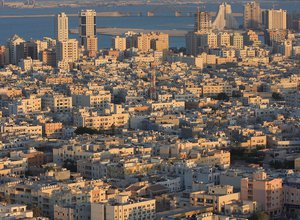