The events that unfurled in the last one week had taken many commercial establishments surprised and unprepared.

The Ever Flow River Group Public Company Limited (EFR Group) has once again been cast into the limelight. Due to our involvement with the Hlaing Inland Terminal Logistics Centre (HITLC), the Company was alleged to be linked to the military and even more absurdly, profiting certain senior individual in the military.

EFR Group wishes to clarify and dispel once and for all that: - 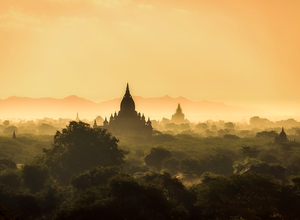