Response from Coca-Cola to Dollars vs. Democracy scorecard

The Coca-Cola Company recognizes that voting is a foundational right that enables and is critical to democracy. It is for this reason that the Company has long supported voting access for every eligible voter across the United States. In 2020 we supported several non-partisan coalitions and campaigns to encourage Americans to register to vote and cast a ballot. These groups include the Time to Vote Initiative, GaVoting Works, Business for America (BFA)’s Operation Vote Safe, and Civic Alliance. We also made Election Day 2020 a paid holiday for our US employees to ensure they had ample time to exercise their right to vote and participate in America’s democratic process.

The Coca-Cola Company also fully respects the right of people to protest peacefully.

As you may be aware, we publicly expressed our views on the Georgia voting legislation, and were actively engaged with the business community to share our perspectives on the legislation, both before it passed as well as engaging in conversations following passage. 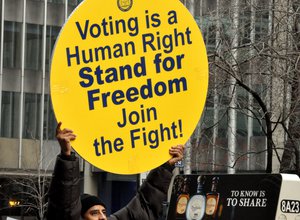