As regards to the topic of reference, first of all, we would like to underline that health and safety of our employees is of vital essence for Siemens Gamesa Renewable Energy (SGRE). Having installed our wind turbines in more than 90 countries in the five continents, and within the framework of our strict Security and Health and Safety protocols, we continuously monitor the progress and development in all regions we operate, closely together with our customers and key stakeholders, to ensure that our employees work in safe environments.

With regard to the Western Sahara, SGRE has a profound commitment to the UN Global Compact, the UN Guiding Principles of Business and Human Rights and the OECD Guidelines. We apply them to all operations in every location worldwide, including the Western Sahara. In February 2020, we conducted an update of our external legal assessment that once again confirmed our position that all SGRE activities in Western Sahara fully comply with applicable laws.

The installation and servicing of a wind farm under SGRE´s scope of work does not infringe the right to self-determination of the local population. Such a project does not cut them off from access to basic services or institutions and does not destroy or erode the existing infrastructure, nor result in a depletion of natural resources. The capture and use of wind power by the equipment supplied by SGRE is not against the interests of the local population.

On the contrary, the local population benefits from the access to electricity from SGRE´s contribution to green technologies, given the vast renewables sources the region is endowed with. Furthermore, SGRE follows its employment policy to hire local workforce first, whenever possible, for its projects. Finally, SGRE has developed local programs focusing on water access systems, local health, and educational projects. 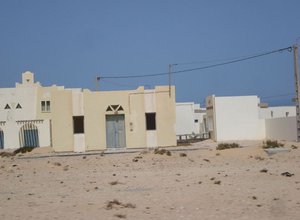