The content is also available in the following languages: 简体中文, 繁體中文

The EPC contract for Ugljevik was signed between CNEEC and Sunningwell Int’ l Ltd, and initially it was considered that the project could be financed by Chinese financial institutions. However, after the decision of the Chinese top leaders to stop financing coal fired power plants abroad, CNEEC informed Sunningwell about this decision. Since then we are exploring other alternative sources of the financing the project.

WE would like to assure You that Ugljevik 3 project has been prepared and designed taking into consideration all the newest directives of EU on the emission and all the technical and technological solutions, especially in emission and effectiveness, have been selected and adopted to meet the EU standards.

All these solutions have been implemented in the new study for environment permit which COMSAR has applied recently and got the high opinion of the institutions concerned.

I hope that this explanation would suffice. If You have any further inquiries, we would be always ready to answer 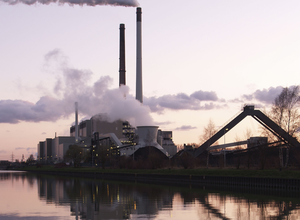